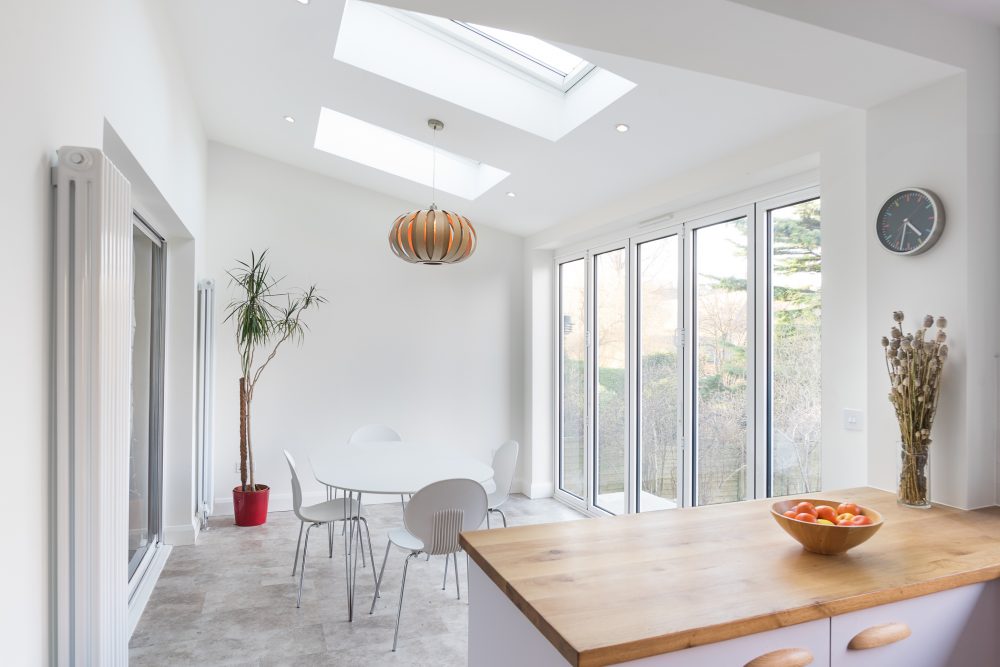 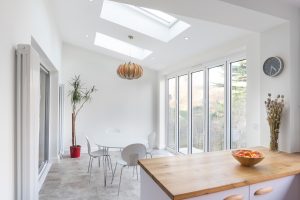 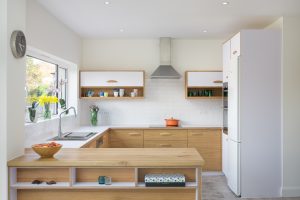 Our clients for this project wanted to add a contemporary kitchen / dining area with great views over their long garden along with a new downstairs utility space and landscaping to make the most of the Garden. The initial design from their architect needed a little tweaking to fall within their budget and they also wanted to consider how to make the whole house warmer and more comfortable (and as a result more energy efficient)

Work began onsite in February of 2018 when the footing were being dug during the “Beast from East” which added a whole new layer to the construction process and required copious amounts of hot tea to keep the lads from freezing! 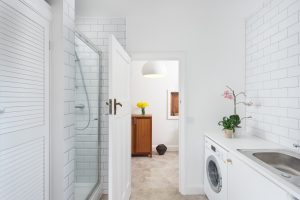 The new utility room with shower 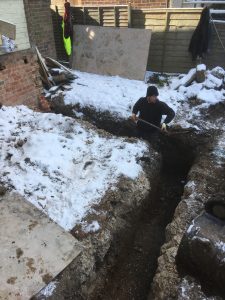 The Beast From The East

The first thing we did was demolish the existing lean to at the rear of the building and also the original steps (that hid a treasure trove of old rubbish!). Then digging out the footing for the new extension had to be done – although we did have a machine in there a lot of this had to be done by hand and the sudden cold snap did nothing for morale! 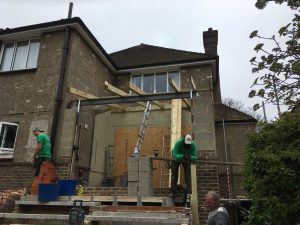 However, once the foundations had been laid and the masonry walls built we installed the first steel for above the new bifold doors and the roof began to take shape.

Once the roof was up and pitched we broke through to the main house and removed the side wall and opened the space up. An insulated beam and block floor to the new extension had to tally up exactly with the suspended timer floors inside – and we also took the chance to insulate this floor as well.

Along with forming the openings for the new windows, the new utility area and the garden landscaping we also installed a whole new heating system for the house, all new electrics and of course flooring and decorations.

The clients were over the moon – and their dog Pebbles made a friend for life with Paul on our team! 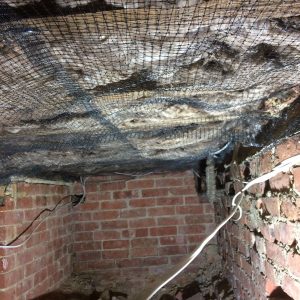 Insulating under the floor in the main house