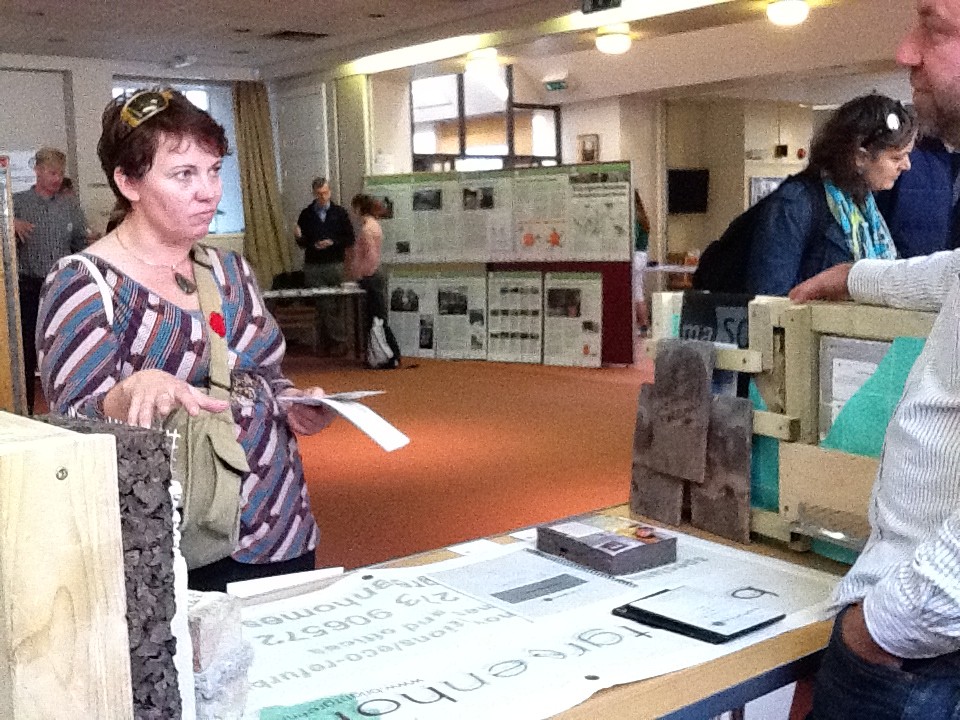 Bright Green Homes was amongst roughly 10-15 companies that exhibited at the Eco Energy Fair in Brighton again this year. It wasn’t the busiest fair we have been too… probably to do with the fact that it was a beautiful sunny day outside.

But nonetheless we met some great people, had some interesting discussions and were exhausted by the end of the day – so it must have been good!

We had a great chance to catch up with many of the other ‘faces’ in the business – we should mention:

We had a good chance to speak to Bill Randall the Chief Exec of Brighton & Hove Council – who is excited about the opportunities for carbon reduction in the housing stock of Brighton. Stock which has a much higher than average amount of rental properties.

Damian from the Brighton Energy Cooperative who have announced that from 2 November, Brighton Energy Co-operative will be launching a share offer to raise up to £500,000 for its first solar energy scheme — making it one of the largest community-owned energy initiatives in the UK.

Jake from Ecotecture told Alex all about the fantastic Curvy House which is nearing completion. We also met with John & Charlotte from CityZen, Francesca Iliffe and Rob Fraser promoting the Eco Open House event fro 2012 – both Francesca and Rob work for Brighton & Hove council and do stirling work promoting the sustainability message.

Also, Micheal Yeoman from South Downs Solar who is working hard not only in the solar PV and thermal installation business but also with Murray Media & Regis Events to promote the Eco Technology Fair to be held at The Amex stadium next June 15th & 16th – looks like this will be taking over from this little fair next year…. we hope that there will be room for us at the fair without costing the earth…

Also a good chat with Geoff from VO4Home – promoting their voltage optimisation equipment – a simple way to reduce your electrical consumption by 10% – doesn’t sound like a lot, but could save £60-70 a year at today’s prices, effectively the unit would pay for itself in less than ten years.

Finally, we also met Garry from Pure Energy Consultants – promoting their Infrared panels – electric heating (booo…) … but less power intensive than existing panel heaters – yay… also, neat as they can be made to look like pictures, mirrors even blackboards….