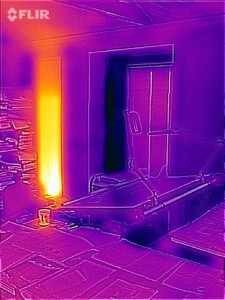 The Government’s Green Deal had a soft launch in October 2012 and was then re-launched at the beginning of January 2013. It was designed to offset the upfront cost of energy-saving retrofit in existing homes through pay-as-you-save financing.

With the cost of improvements repaid to investors through a charge on the householder’s energy bill, and the idea was that the Green Deal’s ‘Golden Rule’ meant that the charge to borrow the money up front would not exceed energy-cost savings.

However, the scheme, hailed by the Conservative government as a “revolution” in energy efficiency was wound up this year after very low take up. The interest rates were too high, and the bureaucracy to burdensome for most. A real wasted opportunity in our humble view.

However there were a few beacons of light. Alongside The Green Building Partnership , Brighton & Hove City Council, and other partners, Bright Green Homes worked in the “Green Deal Pioneer Places” project in Brighton & Hove to attempt to show how a scheme like this might work. One of the lessons learnt was that energy saving measures can only be costed after specific tailoring to each individual house. This may seem obvious, but it is a significant problem with the administration of the finance for energy efficiency.

Also there are schemes like Brighton & Hove Energy Services, Brighton Energy Co-operative and Retrofit Works of which we are members of all – that are also trying to offer a solution to funding in the longer term. Keep up to date by following us on social media.